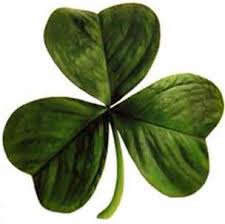 Happy St. Patrick’s Day! This is a holiday I’ve long enjoyed. In the interest of full disclosure, I should admit that my family heritage is largely Irish and Scottish. So, it stands to reason that I would look forward to celebrating this holiday.

But it goes beyond my cultural past. One of the reasons I like St. Patrick’s Day is because it’s one day when “everyone is Irish.” In other words, we can all laugh, eat corned beef, and maybe drink a beer together. Black, Caucasian, Latino, young, old, gay, straight, it really doesn’t matter. Being a part of the St. Patrick’s Day Parade in New York for many years, I was always elated to see so many diverse folks enjoying one thing, celebrating together.

Participating in the Martin Luther King Parade in Oklahoma City the past couple of years has brought a similar elation. One need not be African-American to celebrate the life of a leader who helped make life better for everyone. Indeed, that parade celebrates the equality of allAmericans. Well, just about.

There is still the issue of lesbians, gay men, bisexual and transgender persons. In many circles, we are still not seen as worthy of equality.

I dream of the day when our Gay Pride Parade brings about a celebration similar to St. Patrick’s Day. A gathering of LGBT Oklahomans and people of all sexual orientations, religions, nations of origins, and ethnicities. A time when all people will understand the need for common rights of all people. Heck, maybe even a day when people will wear the rainbow flag as easily as they wear green today.

While we are not yet there, we are gaining ground. The elimination of “Don’t Ask Don’t Tell,” the Obama Administration’s refusal to continue defending the Defense of Marriage Act, the enactment of federal anti-hate crimes legislation, schools that include sexual orientation and gender identity in their anti-bullying policies, municipalities that refuse to discriminate based on one’s sexual orientation. These are all big steps toward equality and they are all reasons to celebrate.

So tonight I’ll lift a frosty mug in celebration of St. Patrick. And while I’m at it, I’ll toast the progress we are making as LGBT Americans.

From Shamrocks to Rainbows