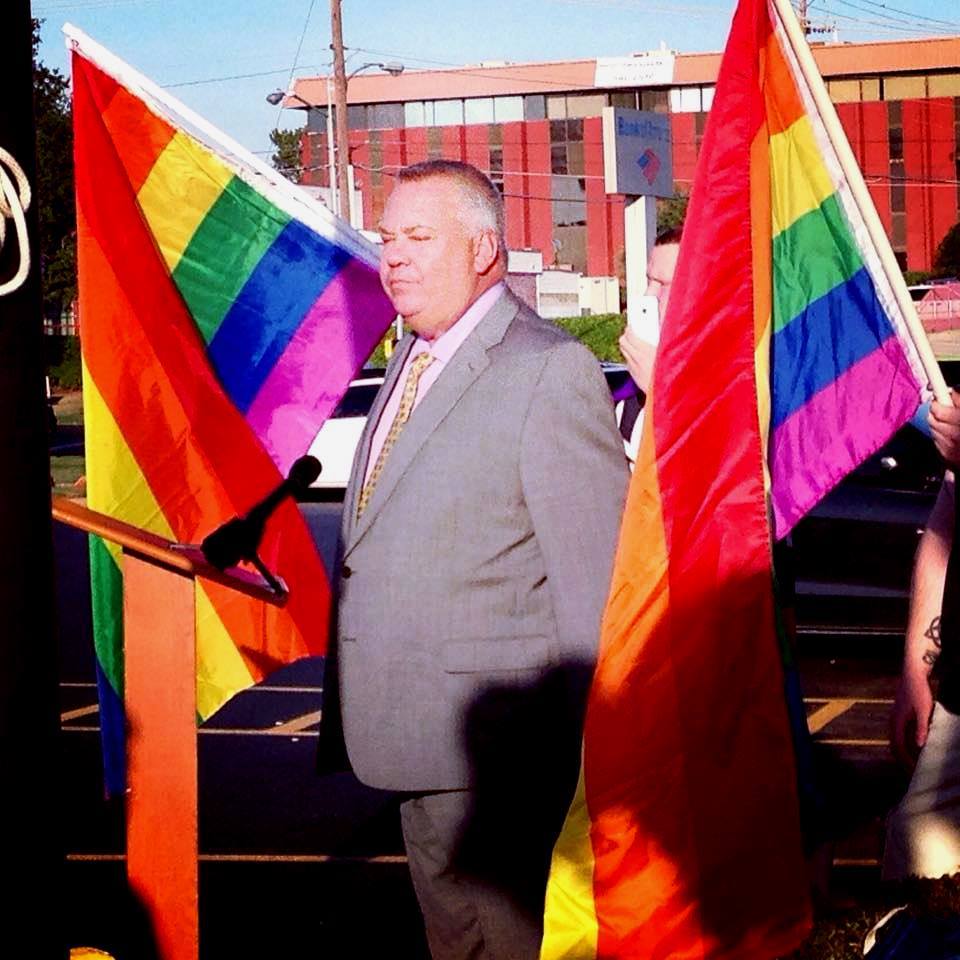 On the eve of World AIDS Day, I can’t help but remember what World AIDS Day looked like 22 years ago, 10 years ago, even 5 years ago. Those were the days when we saw lots of red ribbons. They served as a constant reminder that the world faced a devastating crisis, and that so many lives had been and were being cut short.

We saw red ribbons at every awards show, every red carpet event, on the lapels of bankers, the briefcases of lawyers, and the backpacks of students. Those ribbons were made of ribbon, of course, but also of wood and glass and steel and ceramic. They were outward expressions of fear and sorrow and hope and job. They somehow served to galvanize and strengthen us as individuals, and absolutely as a community.

Sadly, though, their very reason for existence is not.

With the advent of newer, better medications, many people are able to live HIV-positive with a chronic illness rather than a death sentence. Many, but not all. We are still losing friends and lovers and partners and children and spouses and coworkers and teammates to AIDS. Even those who may have an undetectable viral load can live challenged lives because of the insidious nature of the virus. While they may no longer suffer from wasting syndrome, some must endure the excruciating pain of peripheral neuropathy. While PCP and toxoplasmosis have eased, other illnesses affecting major organs can still be attributed to HIV.

The point I’m making is this: The AIDS crisis is not over. It’s not over in Africa or Haiti or New York or San Francisco or Oklahoma. As long as there are new infections, we are still in the midst of a crisis.

There is a time and place to discuss and champion LGBTmarriage. There are plenty of opportunities (and reasons) to push for the full repeal of Don’t Ask-Don’t Tell. There is an urgent need to champion a true employment nondiscrimination.

But just for one day, I’m offering that we let marriage, DADT, and ENDA rest for a moment. On World AIDS Day, let’s reckon with the very real crisis that exists for those living with HIV and AIDS and every person who is affected by the virus. Let’s commit again to pushing for increased funding for treatment, prevention, and research leading to both a vaccine and a cure. And let’s promise ourselves and each other that we will not let those whose lives have been cut short by HIV and AIDS to have died in vain.

We owe it to their memory. We owe it to every woman, man, and child who is living with HIV today.

And we owe it to ourselves.

Where Are the Red Ribbons?