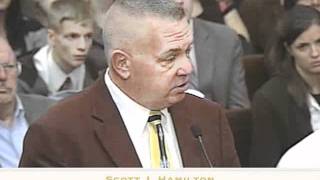 Sunday is Oklahoma City’s LGBT Pride Parade. The parade serves as the culmination of a month of celebrations, dances, film showings, church services, book signings, and concerts. Many lesbian, gay, bisexual, and transgender Oklahomans will gather to march or watch the parade that signifies advancement, hope, and, yes, pride.

This year, as almost every year, I’ve had people say to me, “I don’t know why they have to have a parade. You don’t see a parade for straight people.” While there may be no “straight pride parade” per se, straight folks are visible every day. They are recognized for their accomplishments, promoted in their jobs, embraced by their families, and respected in their communities.

Gay people, on the other hand, are far too often invisible. That is why the LGBT Pride Parade is so critically important. The parade and all of the festivities surrounding it provide a glimpse of the incredible diversity represented among Oklahoma’s gay citizens, and help to raise our visibility among the general public.

Sure, some of us enjoy dressing in outrageous costumes and giant wigs. There will be plenty of those at the parade. Others, though, are much more comfortable in jeans, boots, and cowboy hats.

Some of us are as tall and thin as runway models, while others among us are short or big-bellied.

There is no more a “gay look” than there is a defined look for heterosexual people.

The diversity, though, goes well beyond the physical. The estimated 365,000 gay Oklahomans span the full spectrum of age, family status, education, income, and jobs. I know LGBT folks throughout Oklahoma who are high school students and senior citizens. We are parents and grandparents, uncles and aunts, sisters and brothers. We are single and partnered and, though not recognized by Oklahoma, some of us are legally married.

We hold PhDs and GEDs. We are rich and live in mansions and poor with no place to call home. We are vegetarians and we love our chicken fried steak. We are ranchers and pastors, university professors and the people who cut your lawn. We teach your children, serve as law enforcement officers, protect our country in the Armed Forces, and sell you a ticket at the movies.

Lesbians, gay men, bisexual and transgender Oklahomans are integral to the very fabric of our society. Living in Oklahoma, chances are good that your life has been impacted positively in some way by a gay person.

At the parade, I’ll wear a Cimarron Alliance shirt that proclaims, “…And I’m a Gay Oklahoman.” The dots at the beginning indicate that being gay is only a part of who I am. It points to who I love, but there is much more to me—to us—than sexual orientation. And like thousands of other gay Oklahomans, I want to be recognized, respected, appreciated and loved for all that I am. For all that we are.

…And I’m a Gay Oklahoman