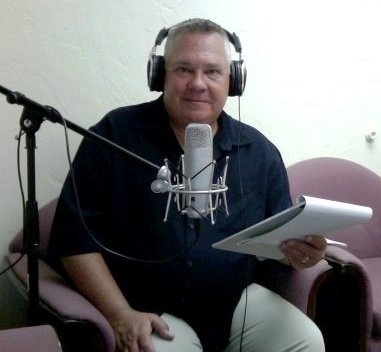 These are the remarks offered by Scott J. Hamilton, at the Oklahoma State Capital as part of a caucus convened by Rep. Anastasia Pittman.

Good morning. I’m grateful for the opportunity to be here today, and I’m thankful to Representative Anastasia Pittman for providing this opportunity for meaningful dialogue in an effort to end bullying in Oklahoma.

Long before bullying was a regular topic on the evening news, before People Magazine published a cover story on bullying, and prior to Hollywood stars got onboard, the Cimarron Alliance Foundation has been working to end bullying of all children in our schools. We have twice hosted the only statewide conferences whose only purpose is to address bullying. Next Friday, November 5th, we will host Stop Hate in the Hallways III. Again, this is the only statewide conference whose core focus is to provide educators, administrators, and mental health professionals with the tools necessary to create a safe learning environment for every single child in this state.

For me, this is an extremely personal issue. I stand before you today as a 50-year-old gay Oklahoman. Yet I can recall with vivid clarity being bullied by older boys 42 years ago. Now, after the passage of so much time, I still cringe when I hear the word “faggot.” My heart breaks just a little more. But I’m one of the lucky ones. I pushed through the bullying and overcame to enjoy a modicum of success in life. The effects of those horrible words, the threat of physical harm, still live with me today.

But as I said, I am one of the lucky ones. In the last few weeks we’ve all seen the media reports of five young men, all gay college students, who were not so lucky. Each of these young men endured being bullied to the point where they could see no way to go on. They were pushed to the point where they believed their only escape from the torment was to take their own lives. And each of them did.

These are five young men whose names we know. Sadly, though, they represent so many others whose names we may never know. Each of these suicides stands for the countless number of lesbian, gay, bisexual, and transgender children, adolescents, and young adults who realize the ultimate effect of being bullied: they escape only through suicide.

LGBT children attempt suicide at a rate 10 times higher than other students. Gay kids commit suicide six times more often than their straight counterparts. This month, one-third of all LGBT students will miss at least one day of school because they fear for their physical safety. This is true for every month of the school year.

Thirty percent of all children report being bullied. This is a horrifying statistic by any measure. But here is one that is even more horrific: Eighty-seven percent of LGBT kids are bullied in school because of their sexual orientation or gender identity. That’s 87 percent. Equally disastrous, 45 percent, nearly half, of all gay students are physically harmed by bullies.

LGBT kids are marginalized, they are isolated, and far too often they are made to feel as if they somehow deserve to be bullied. A gay child who finally has the courage to confide in a teacher or principal is frequently confronted with, “Well what did you do to make him shove you into a locker?”

Gay students are different from other minority groups. There is often no sense of association as there may be with students who are of the same religious group, nation of origin, or ethnicity. There is frequently a lack of familial and community support. If a child is bullied because of his or her ethnicity, there is an expectation that other people from that same group will be supportive of the child and take steps to intervene. A gay child, on the other hand, may find no support at home, in the community, or from the church. Not only does this isolate the child, it causes other LGBT students to recede into the background, making sure not to draw any attention to themselves. This has an extremely negative impact on the education process.

Which brings us to another point: Most LGBT children, despite being bullied, do not commit suicide.

But the often devastating effects of being bullied do not end in high school. In an effort to escape bullying, gay students drop out of high school at a rate higher than other students. After enduring many years of being bullied, some LGBT students do not view higher education as an option. They fear that college will simply present four more years of being bullied. So the lifetime earning potential for these individuals is considerably lower than of others. This produces an economic impact that continues on into the retirement years.

Forty-five percent of all gay men will be in a physically abusive relationship at some point in their lifetime. This is an astounding figure, but not difficult to decipher; a person who is bullied long enough will come to believe that it is a natural part of their life. Conversely, one who suffers long-term abuse at the hand of bullies may eventually become the abuser.

I was not on the original agenda today. I don’t believe at all that it was an intentional omission.

Instead, I think that the needs of LGBT children are often accidently overlooked. I begged my way onto this agenda [applause]…because these needs must be addressed. There can be no meaningful discussion about bullying without including the concerns of LGBT children [applause].

One of the things that I hear frequently is, “We don’t need to include special groups in bullying policies or laws. We shouldn’t allow bullying of any child.”

I certainly agree that no child should be bullied. Ever. But if I may, I’d like to use an example of why a blanket law prohibiting a specific activity is not always sufficient. Consider this one: “Thou shall not kill.” That law is not enough in Oklahoma or any other state in the country. Instead we have hundreds, probably thousands of laws that deal with the taking of another person’s life. Lawmakers have seen it necessary to write laws so as to protect the greatest number of people. And that is what we must do when it comes to bullying.

We know from empirical evidence that when a specific behavior is called out, that behavior is diminished or it stops. So the inclusion of real or perceived sexual orientation and gender identity, along with ethnicity, nation of origin, disability, gender, religion, and physical appearance in anti-
bullying policies and laws will offer even greater protection for some of the most vulnerable children.

I don’t see how any lawmaker, educator, or school administrator could argue against protecting our children.

Ellen Degeneres was the first celebrity to make a video encouraging bullied children to hang on, stating that things will get better. In the last few weeks a number of other celebrities have followed suit. I’m grateful for this because this effort may, in fact, save a few lives.

Soon enough, though, the media circus will pack up and move on to another issue. The focus on bullied children will fade and the public’s interest will fall away. What we will be left with is not a handful of celebrity videos, but the efforts that we are all making today. Our commitment must not dwindle. Instead, we must work effectively together to make certain that every single child in the state of Oklahoma is guaranteed a safe learning environment.

In this very chamber, right here on the floor of the House of Representatives, we’ll soon be hearing a great deal of discussion about what to include or exclude from anti-bullying legislation. Some legislators will want to protect LGBT children, and some will not. Those who choose the latter will be publicly deeming that these children are not worthy of our protection.

We can’t let that happen. We do not have the luxury of time for endless debate on this subject. Every day that we don’t pass truly effective legislation, legislation that is strong and has strict measures of accountability, is a day that at-risk children are being bullied. It is one more day that these children, including LGBT students, are contemplating suicide as the only effective means of escape. This is unconscionable and we must move with wisdom, speed, and compassion for every child.

Including protection of LGBT is not a gay rights issue. It goes far beyond even a civil rights issue. This is about the rights of our children to have every advantage in life, to be safe and happy and to grow up as responsible adults. The children of our state deserve nothing less. And the adults of this state must do everything in our power to provide this to our children.

Anti-Bullying Laws Must Protect ALL Children