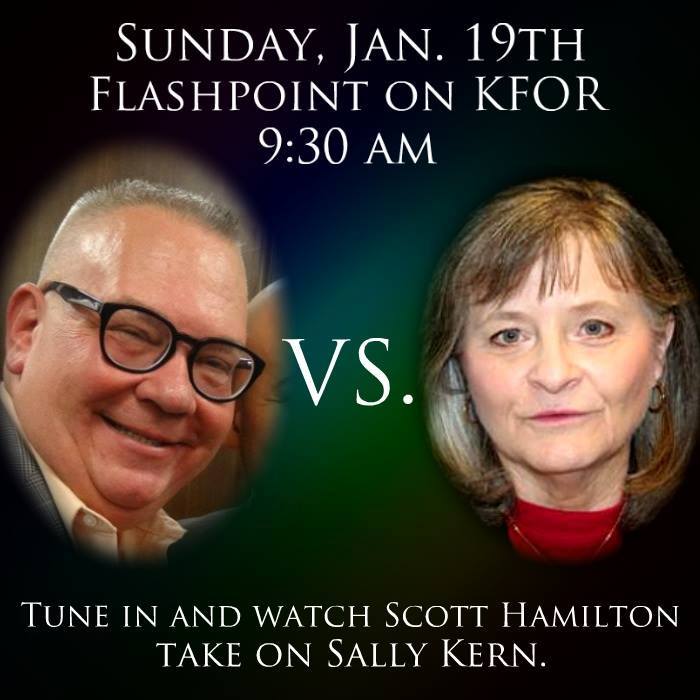 Once again, Rep. Sally Kern has allowed her ignorance and bigotry to stream forth. When the rest of the country—indeed, the world—was preparing to honor those we lost on 9/11, Kern again claims that gay folks are a greater threat to our country than terrorism. As inconceivable as it is, she claims AIDS as a gay disease and this is the basis for her attacks on lesbians, gay men, bisexual and transgender Americans. Ignorance is one thing, but willful ignorance is something else entirely. I thought long and hard before responding to Kern’s most recent attack on me and millions of people like me. My first impulse was to ignore her. After all, I hate giving her any more ink than she already receives. But some things are too egregious to ignore.

At a time when city officials are touting Oklahoma City as a world-class place to live and do business, and state leaders are encouraging new companies to come to our state, Rep. Kern is demonstrating why no business should ever want to come to Oklahoma.

Garnering national and international headlines because of her bigoted statements aimed at women, people of color, and gay folks, Kern paints a picture of Oklahomans as being mean-spirited, backwards, and just hateful. Thankfully, she does not represent the vast majority of Oklahomans.

But try telling that to someone in New York, California, Ireland, or Kenya. I have heard from friends in each of these places wondering why anyone would choose to live in a place like Oklahoma with people like Kern.

Sadly, all of the talk about our great economy, our affordable housing prices, and how friendly Oklahomans are seems like little more than good advertising copy on the back of a brochure. All of the Oklahoma cheerleading means nothing when the spotlight is on someone as thoughtless, irresponsible, and wrongheaded as Rep. Kern. Her words will be remembered far longer than a colorful come-to-Oklahoma ad.

Kern has denigrated every decent person in the state of Oklahoma. She’s called women lazy. She’s stated that children of color don’t apply themselves in school. And she villainizes every LGBT person with her cruel, hate-filled diatribes. She has the right to say anything she pleases. It’s too bad that every good-thinking person must suffer at the expense of her free speech.

If Oklahoma is ever to be a serious contender for business, convention, and tourism dollars, then the good people of Oklahoma—the majority who believe in fairness, justice, and equality—must denounce all hate speech, whether in schools, churches, on the playground, or at the State Capitol.

Bigotry is not a Christian principle and it is not an Oklahoma principle. It is time for Rep. Kern to pack up her backward opinions and go away.